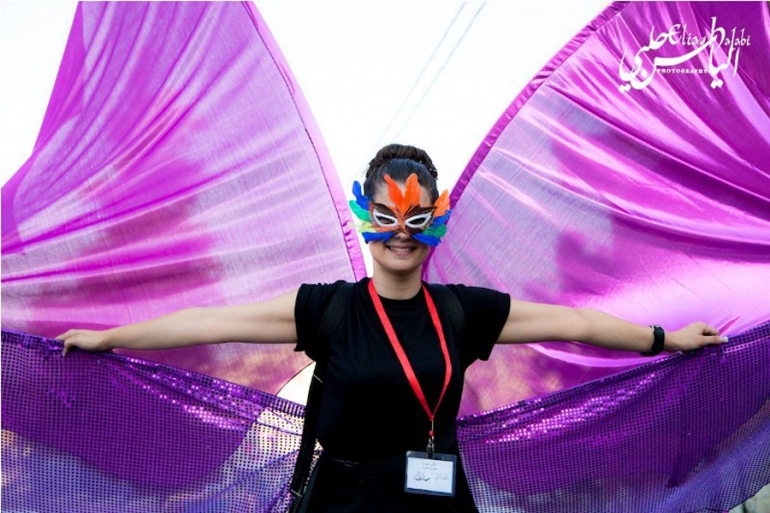 “Yalla Yalla” Street Festival took place for the 3rd year in a row, but this time in Beit Jala. Al-Harah Theater organized the festival in coordination with Beit Jala Municipality celebrating the       municipality’s 100years establishment anniversary.

The festival took place on the 20th and 21st of September 2012. The parade started from the entrance of Beit Jala (Bab Zqaq) reaching the Latin Church Yard.

Al Harah did a fantastic achievement this year with the preparations for the festival. We were able to  create all the costumes used at the parade, plus creating 3 giant puppets.

The festival had different activities, a parade, and different types of shows on stage, at the  Community Center and the Latin Church Yard.

A handcrafts market was also available at the community center.

Al-Harah Theater trainees, different groups of youth from different cultural centers through the West Bank, and students from different schools from Bethlehem Area whom were trained by    Al-Harah trainers participated at the parade.

The performances that took place on the 20th of  September were:

”- For Freedom We Dance”

The performances that took place on the 21st of September were:

- “Dreams in Between—Above and Below” Momolo Circus, from Jena /Germany.