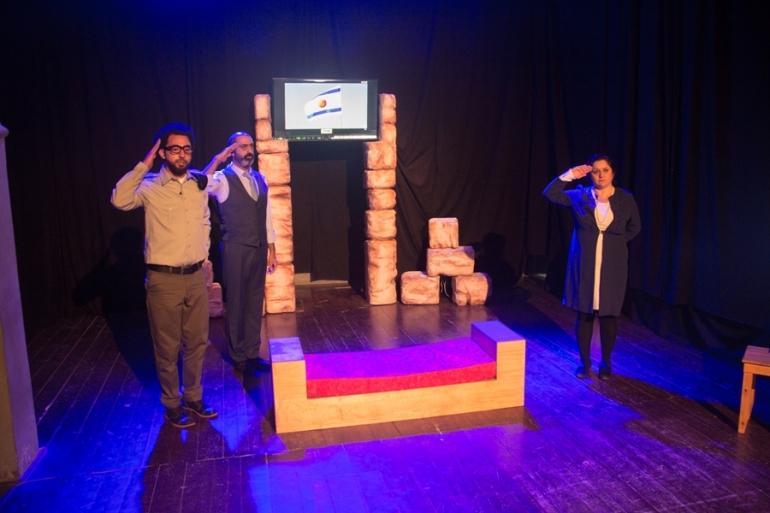 "Hazbara" is a theater performance which explores the Israeli propaganda machine or what is known as "Hasbara" which means "explanation" in Hebrew. Hasbara stands for the Zionist public diplomacy and the strategic efforts to influence the public opinion. Hasbara explains the policies and actions of the Israeli Government and exports positive information and images to the International community and negatively portrays the Arabs and the Palestinians in particular.

The play "Hazbara" researches the methods of the Israeli Hasbara in the recent years, especially the manual handbook titled; "The Israel Project 2009 …Global Language Dictionary" which is considered to be an official curriculum to guide the governmental spokespersons. "Hazbara" focuses on the important role of the social media outlets like Facebook in the Hasbara campaigns. Moreover, it highlights the Israeli attempts and involvement in the Cultural theft and appropriation towards the Arab and Palestinian Heritage. The play combines documentary theater based on actual events and satirical black comedy.