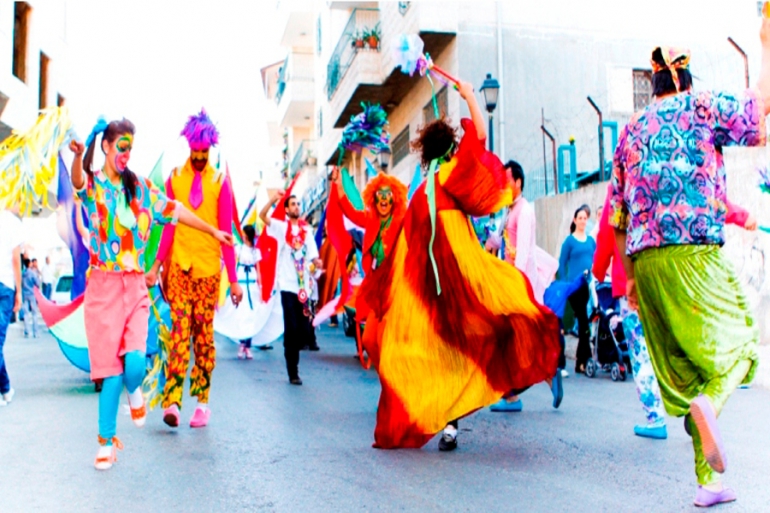 The festival started with the participation of more than 350 participants from Al-Harah Theater trainees, different groups of youth from different cultural centers through the West Bank, and students from different schools from Bethlehem Area whom were trained by Al-Harah trainers.

The groups who participated in the parade besides Al-Harah Gangs are:

Around 6,000 people attended the festival, most of them were walking around the parade through to Manger Square with all the participanting groups.

The performances on stage in Manger Square are: