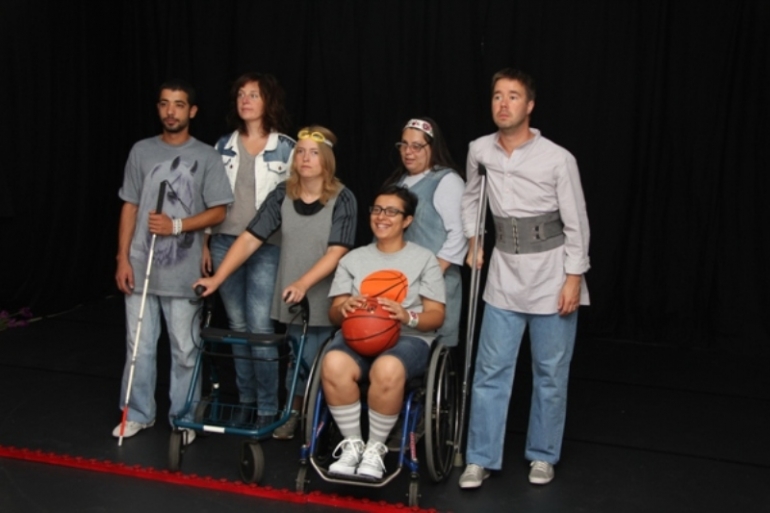 Six actors portray six women with disabilities in Sweden and Palestine living under drastically different conditions. The one whose life suddenly got color when she became blind. The one whose husband came home on her birthday and told her he had someone else. The one who was supposed to never leave the house. The one who thinks the funniest thing in the world is when people tripp over and hurt themselves.

“Making Senses” is a play based on interviews with women with different disabilities, cultural backgrounds, ages and identities from Palestine and Sweden. It addresses issues of gender and disability in both cultural contexts. A funny, sad and deviating play presented in four languages, full of stories with perspectives we usually do not meet on theater stage.

Anders Öhberg (for starting the project)

Shatha Abu Srour for her help in the project

Sabrine Mukarker for interviews with women in Palestine

The Union of People with Disability

UNIK (Unga Nya I Kommunen)/ Young New In the Municipality

View the embedded image gallery online at:
http://www.alharah.org/en/index.php?option=com_k2&view=item&id=31:making-senses&Itemid=250#sigProGalleriaa796448239
Read 2520 times
Tweet
Download attachments:
More in this category: « "I Have A Dream" Play "The Metamorphosis" Play »