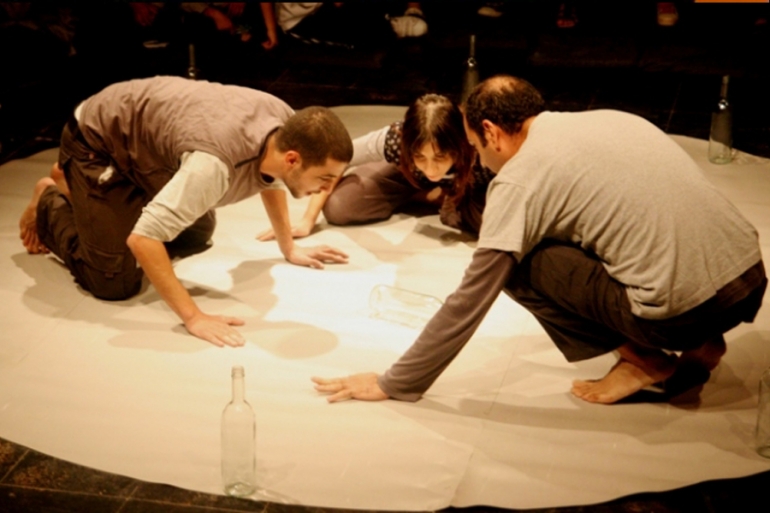 Three people find themselves confined. Their souls, hearts and minds are tangled. Their lives become a mixture of madness and silence. They lose their target and their roots.

They discover that this confinement is only an illusion or a trick or an expression of fear and distress.

Will this discovery change their attitude towards life?

The Confinement, a play produced by Dababis Theater in the 1970’s, expressed the pain and concerns of our people in this era, Al-Harah Theater reproduced and formulated a new Confinement with a new theatrical form that carries the old new concerns …

Actor participated in the creation of the play:

In collaboration with the ensembles